Geophysics GPR has been a pioneer in the marine MASW technique. The Multi-channel Analysis of Surface Waves (MASW) is a seismic method used to evaluate the shear-wave velocities of the subsurface materials through the analysis of the dispersion properties of the surface waves "ground roll".

The MASW testing is considered an "active" method, as the seismic signal is induced at a known location and time in the hydrophones spread axis. The dispersion properties are measured as a change in phase velocity with frequency. Surface wave energy will decay exponentially with depth.

Lower frequency surface waves will travel deeper and thus be more influenced by a deeper velocity layering than the shallow higher frequency waves. The inversion of the Scholte wave dispersion curve yields a shear-wave (Vs) velocity depth profile (sounding).

Typical applications of Marine MASW include:

Information on shear-wave velocity measurement is also available in the Ground portion of our website. 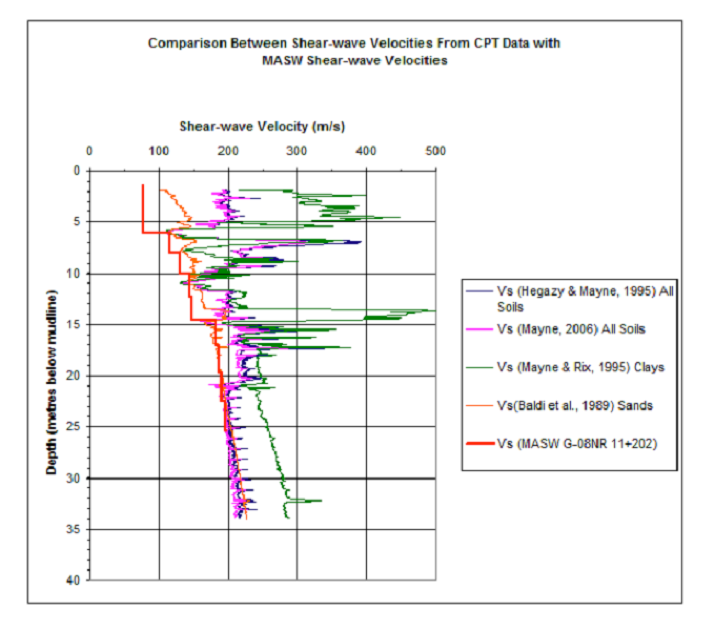